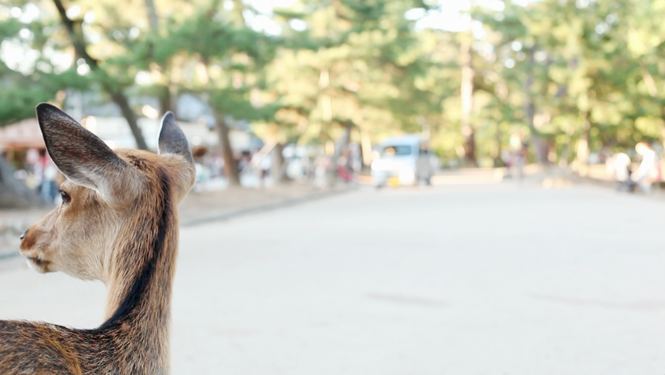 "Nara" documents a town in Japan famous for its many Shinto shrines. Around Nara, vast forested areas have been set aside and protected as the home for kami, or spirits of the shrines. Nara is also known as a ”power spot”, or place of intense positive energy and is a popular site visited as a part of a recent new spiritualism tourism movement. According to legend, one of the mythological gods who founded Nara arrived on a white deer. Since then deer have been considered divine creatures and roam freely under protection by the government.

"Nara" is part of "Aokigahara/Nara", a two channel video installation that documents two places in Japan known for their intense energy. The video pieces are installed in separate spaces with a door to connect them. Two reclaimed wooden benches provide a resting place for the viewer. 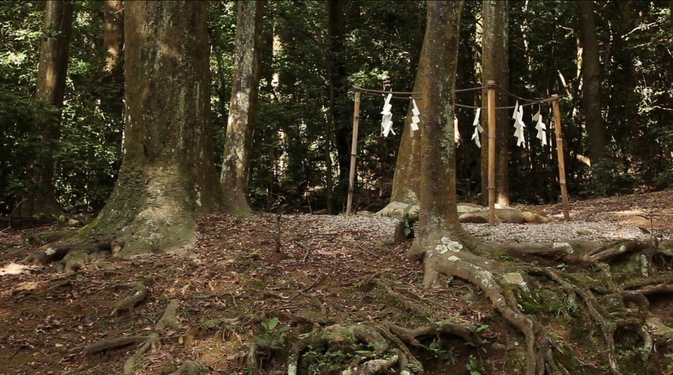 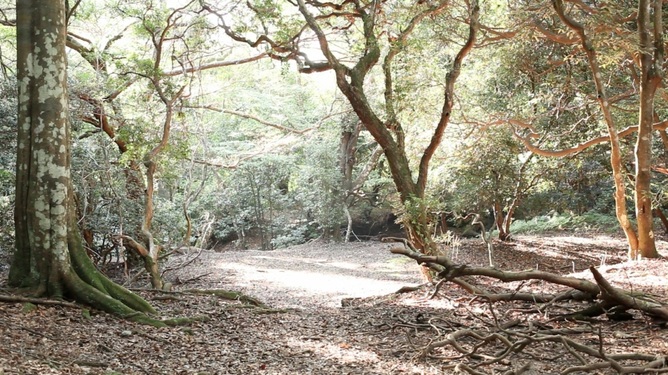 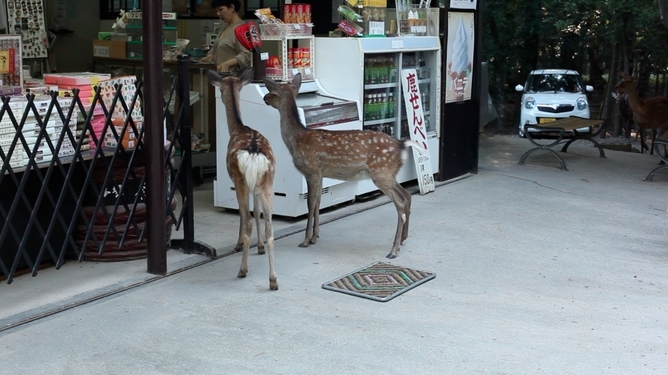