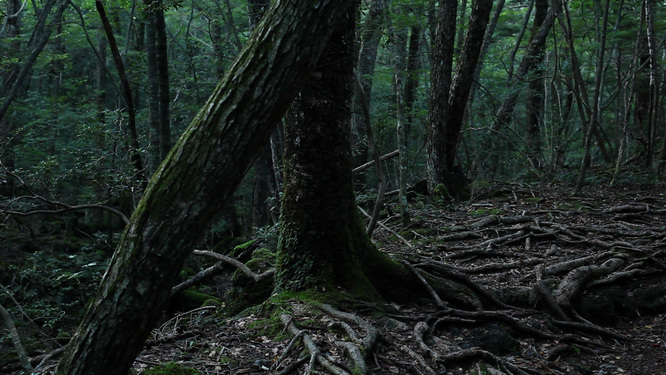 Aokigahara is a dark, thick forest situated at the base of Mount Fuji, born from the last lava flow there in 864 and is known as a site of fierce negative energy. Legend says it was also once a place where obasute (leaving old people in the wild to fend for themselves) was practiced. Later it was made famous by a story in which two lovers commit a suicide pact there. Today Aokigahara is the number one spot for suicide in Japan.

"Aokigahara" is one channel of "Aokigahara/Nara", a two channel video piece that documents two different places in Japan both known for their intense energy. The video pieces are installed in separate spaces with a door to connect them. Two reclaimed wooden benches provide a resting place for the viewer. 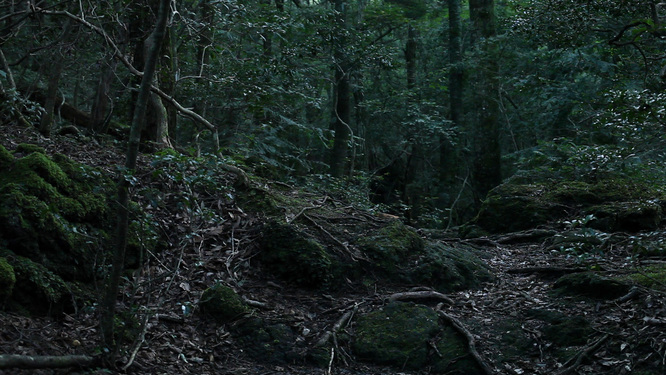 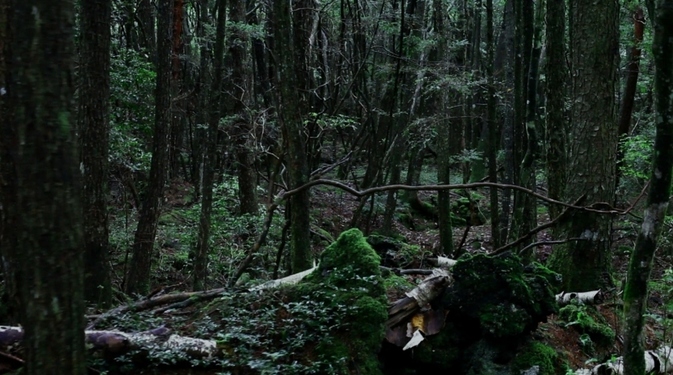 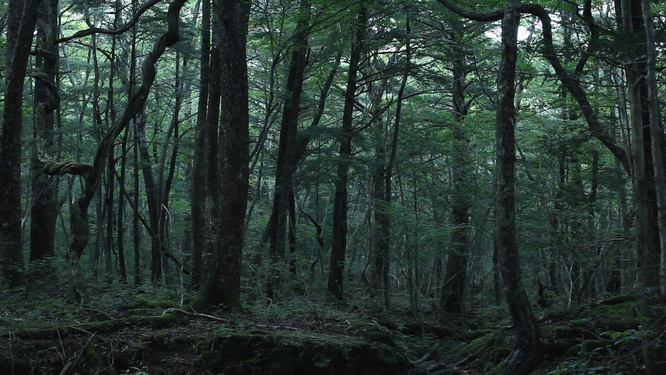